In late August 2020, McDonald’s Asia Pacific (McDonald’s) filed a lawsuit in the Federal Court against Hungry Jack’s — claiming its rival’s new burgers the “Big Jack” and “Mega Jack” are infringing on their intellectual property and are essentially ripping off the “Big Mac” and “Mega Mac”.

The case brings to light a number of issues surrounding the use of trade marks to protect businesses’ intellectual property, including what it means to act ‘in bad faith’. Ironically, this is a concept imported into the Australian legal system from Hungry Jack’s historical dispute with Burger King.

When the American fast food empire Burger King looked to expand its franchise to Australia, it found that the name had already been registered to a takeaway food shop in South Australia. Thus, the Hungry Jack’s brand was born, allowing Australian Burger King franchisee, Jack Cowin, to open his store in 1971.

The case also introduced the American legal concept of ‘good faith’ into the Australian legal system.

So, let’s move on to this new beef between McDonald’s and Hungry Jack’s.

In documents filed recently in court, McDonald’s claims that the Big Mac trade mark – which it has held since 1973 (and ‘Mega Mac’ since 2013) – has “acquired a substantial and valuable reputation” in Australia.

McDonald’s goes on to say that the Big Jack trade mark is “substantially identical with or deceptively similar to” the Big Mac trade mark.

Additionally, McDonald’s is arguing that the Big Jack trade mark is “likely to deceive or cause confusion” for consumers.

McDonald’s is asserting that Hungry Jack’s “deliberately adopted or imitated” the “distinctive appearance or build” of the Big Mac in creating its new Big Jack. Here’s why:

In response, Hungry Jack’s is saying that “it is clearly evident that customers are not confused or misled that the Big Jack and Mega Jack burgers are only available at Hungry Jack’s” with the product being “different from McDonald’s products in their size, taste, presentation and packaging.”

Hungry Jack’s went on to detail how the Big Jack was distinctive to the Big Mac, having more meat, fresh onions and being a larger size.

We’ve mentioned a few legal terms and some legal jargon. But what does this actually mean and does any of it matter for your business?

Here’s what you need to know.

Is the Big Jack trade mark “substantially identical with or deceptively similar to” the Big Mac trade mark?

One of the issues lying at the heart of the dispute between McDonald’s and Hungry Jack’s is whether the Big Jack trade mark is too similar to the existing Big Mac trade mark.

To answer this, the court will need to answer whether customers are likely to be confused by the different trade marks. In particular, McDonald’s claims that customers may be confused into thinking that there is a connection between the Big Jack burger and their own Big Mac burger.

If the Big Jack trade mark is found to be substantially identical with or deceptively similar to the Big Mac trade mark, McDonald’s will be able to oppose it under section 44 of the Trade Marks Act 1995.

Has the Big Mac trade mark “acquired a reputation in Australia”?

McDonald’s is also seeking to oppose the Big Jack trade mark on the grounds that the Big Mac trade mark has acquired a reputation in Australia under section 60 of the Trade Marks Act 1995.

To successfully show that the Big Mac trade mark has acquired a reputation in Australia, McDonald’s will need to show:

It may be easy to see how McDonald’s can argue that the Big Mac trade mark has acquired a reputation in Australia—after all, who doesn’t know what a Big Mac is?

But it could be more difficult to show that the Big Jack trade mark is likely to deceive or cause confusion. Are Hungry Jack’s customers buying a Big Jack burger because they are under the impression that it is a McDonald’s Big Mac burger? Do they think there is some connection between them, such as a collaboration between McDonald’s and Hungry Jack’s?

Did Hungry Jack’s register the trade mark “in bad faith”?

Bad faith is a blanket term used to describe unacceptable commercial behaviour and acts made with dishonest or fraudulent intent.

McDonald’s has alleged that Hungry Jack’s knowingly infringed on their intellectual property in “flagrant and wilful disregard” of the McDonald’s trade marks, particularly as they knew about the existing trade marks.

To further back up their argument, McDonald’s believes the look and build of the Big Jack is so similar to the Big Mac that Hungry Jack’s has “deliberately adopted or imitated” the product.

I Think Someone Has Infringed My Trade Mark: What Do I Do?

It is important to establish if your trade mark has been infringed before taking formal action to protect your intellectual property.

To do this, you will need to demonstrate two things:

Send a Letter of Demand

Once you have gathered evidence that your trade mark is being infringed, you should seek legal advice from an intellectual property lawyer. The lawyer may consider sending the alleged infringer a letter of demand.

In some cases, an effective letter of demand will be enough to stop a person from infringing your trade mark, and therefore save you time and money involved in taking them to court.

A good letter of demand will outline your ownership of the trade mark and indicate all of the infringing behaviour according to the Trade Marks Act. It should also provide for a period of time for the person to stop infringing your trade mark, return all infringing material and property, and supply the necessary information for you to calculate a claim for compensation.

However, in other cases, the infringer may try to hide or destroy evidence to weaken your case against them. It is always best to seek legal advice specific to your own specific situation.

You may also seek to undertake Alternative Dispute Resolution (ADR) before going to court.

ADR – whether you choose mediation, arbitration, or expert determination – is often less expensive and time-consuming than court processes, and allows for participants to determine the parameters that best suit their circumstances.

Take them to court

If all else fails, you may wish to take the infringer to court as a last resort.

It is recommended that you seek professional legal advice before starting infringement proceedings, as they can be very expensive, stressful and lengthy and may expose your intellectual property rights to being challenged by the other party.

Some examples of what you may wish to apply for in court include:

Enforcing your intellectual property rights can be complex, and it’s often difficult to determine the best option for your business. That’s why it’s a good idea to get professional advice that is specific to your situation.

It’s important that you know what rights you have, what options are available to you, the costs involved, and the likelihood of success.

After all, the last thing you want to do is invest time and money into building your business’ reputation, only to have it taken away by a competitor using a similar trade mark!

As you can tell, there is a lot to know about trade marks and trade mark protection—even the big guns battle it out from time to time!

Consulting a trade mark lawyer can be extremely helpful in making sure your trade marks are properly protected, saving you a lot of headaches in the long run.

At Sprintlaw, we have a team of experienced, friendly lawyers who can assist you with your intellectual property queries or other legal issues your business might have. 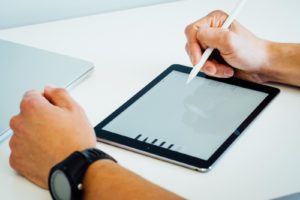 How Does Copyright Protect My Business? 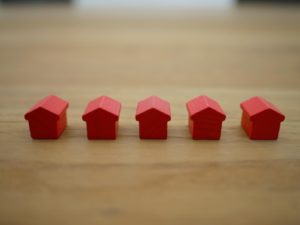 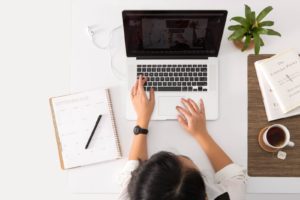 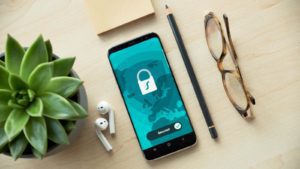 What Is A Notifiable Data Breach? 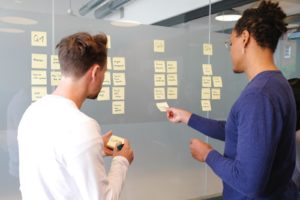 What Is A Collaboration Agreement? 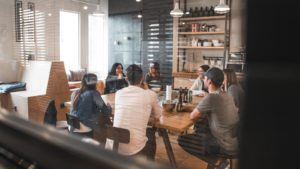 Do I Need An Advisory Agreement?