Why Enter Into A Heads Of Agreement? 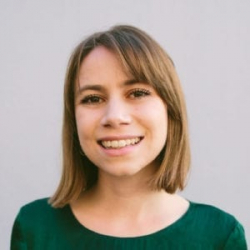 A Heads of Agreement can be a great way to negotiate the key terms of a commercial contract before entering into a formal, long-form contract.

Is A Heads Of Agreement Legally Binding?

A Heads of Agreement is not usually intended to be legally binding.

This means that if the future contract contemplated by the Heads of Agreement doesn’t end up going ahead, both parties can walk away from the deal free of obligations to the other party.

To avoid any misunderstandings between the parties, a Heads of Agreement will usually clearly state that the Agreement is not legally binding.

However, the parties may want a certain clause in the Heads of Agreement to be binding (notwithstanding that the remainder of the Agreement is not legally binding).

Why Not Go Straight To A Formal Contract?

Parties will often use a Heads of Agreement to negotiate the key terms of the Agreement before going through the time and expense of drafting up long-form contracts.

The time and expense it takes to draft up these long-form contracts would be unnecessarily incurred if the parties didn’t end up actually agreeing to the key terms of the arrangement.

An example of when parties may decide to enter into a Heads of Agreement before going ahead with a formal contract is in a business sale. Here, there are many factors to consider which would need to be covered in a legally binding Business Sale Agreement — including the purchase price, deposit, assets included in the sale, settlement period, restraint provisions, and the warranties and indemnities of each of the parties.

If the parties go ahead with preparing a legally binding Business Sale Agreement and it turns out that the seller is, for example, unwilling to part with a key piece of machinery used in the business’ operations, there would have been a lot of money and time wasted negotiating this Business Sale Agreement. By having a Heads of Agreement, these issues would have been resolved far earlier in the process.

Do I Have To Enter Into A Heads Of Agreement?

It’s worth noting that there is no requirement to enter into a Heads of Agreement.

If the parties are comfortable that they’ve reached an agreement and the terms are relatively straight-forward, they’re free to go straight to drafting a formal contract.

What Is Typically Covered In a Heads of Agreement?

Depending on the commercial agreement that is being negotiated, the content of a Heads of Agreement vary greatly to reflect the key terms of the arrangement.

Typically, a Heads of Agreement will outline:

Having a lawyer draft up your Heads of Agreement will ensure that you’ve addressed all the key terms of the arrangement and are in a good position to lock in the deal.

If it sounds like your upcoming commercial agreement would benefit from a Heads of Agreement, feel free to get in touch!

Embeth Sadie
Embeth is a lawyer at Sprintlaw. Having previously practised at a commercial litigation firm, Embeth has a deep understanding of commercial law and how to identify the legal needs of businesses.