How To Terminate A Franchise Agreement 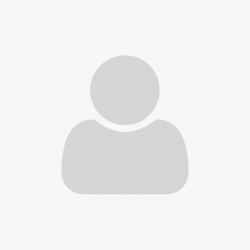 Terminating a Franchise Agreement is a big step, and the consequences of it should be carefully considered. As a franchisor, it is important for you to consider the ways in which your franchisee could terminate your agreement, as well as the ways you could attempt termination.

This article will look at the ways termination of an agreement can occur, as well as alternatives to, and requirements for, termination.

A crucial preliminary point is that both you and your franchisee must act in good faith in any matter arising in relation to your franchise agreement. This requires parties to ‘exercise their powers reasonably and not arbitrarily or for some irrelevant purpose’.

A decision will not be in good faith if a party acts for some ulterior motive, or undermines or denies the other party the benefits of a contract. This requirement cannot be excluded by the agreement, and currently carries with it a penalty of up to $33,000. This requirement extends to attempts to terminate the franchise agreement.

Franchise agreements can be ended by the franchisee in a number of different ways.

The Australian Competition and Consumer Commission’s Franchising Code of Conduct (FCC) allows a franchisee to terminate a franchise agreement within 14 days after signing or after the first payment under the agreement.

Most franchise agreements don’t allow for early termination. However, some might provide a franchisee with a clause proving an option to terminate. This will usually be contingent upon the occurrence of specific events. For example, a clause might allow termination where a COVID lockdown has been put in place.

Franchisees will likely try to get a clause like this in their franchise agreement. It is important to have a specialist lawyer review the agreement before signing, and potentially negotiate the inclusion of an early termination clause, depending on the nature of your business and the circumstances of the franchisee.

If a franchisor breaches the agreement, there is no automatic right to termination. A franchisee might have to operate the franchise until the agreement expires.

However, a clause in the agreement can allow termination based on a breach. For example, if a payment of royalties is substantially late. Absent such a term, a franchisee will have to follow the dispute resolution procedure set out in the agreement or the FCC. This is a less certain way to try to terminate an agreement, and heavily depends on the facts and circumstances of a given case.

When Can A Franchisor Terminate A Franchise Agreement?

A franchisor cannot terminate an agreement for every breach. To properly ascertain whether an action for termination would be successful, it is crucial to obtain legal advice prior to such an action.

Both of these will naturally depend on the language used in the terms, as well as the circumstances in which a breach is being alleged. A common breach might be something like misusing the franchisor’s intellectual property. Before proceeding further, the franchisee must be given an opportunity to rectify the alleged breach.

If the above procedure has been complied with, a termination notice can be issued once the ‘reasonable time’ expires. This will likely entitle you to terminate the franchise agreement.

However, if the breach is remedied in accordance with these requirements, the franchisor cannot terminate the franchise agreement because of that particular breach. Further, if this information is not included, you could face a fine of up to $54,000.

No Breach By Franchisee

The franchisor can also terminate the agreement without any breach by the franchisee. The FCC allows such termination where reasonable written notice of the termination, as well as the reasons for it, have been given.

This alternative option only applies where a franchise agreement contains an express right to terminate.

The termination procedures listed above, including the requirement for ‘reasonable notice’, do not have to be complied with in some circumstances.

Under the FCC, this can include:

Importantly, the franchise agreement must explicitly allow termination for these reasons for them to be valid.

If a dispute arises in regard to a proposed termination, either the internal dispute resolution procedure of the franchise agreement or the FCC dispute agreement mechanism will apply. Regardless of which method is used, you and your franchisee must meet to attempt to resolve the dispute.

You will be taken to by trying to resolve the dispute if you approach the resolution of the dispute in a reconciliatory manner, which includes:

Other Ways To Terminate A Franchise Agreement

As mentioned above, there is a dispute resolution process, be it through the internal process in the agreement itself or through the FCC mandated process. If this process is successful, there might be a mutual understanding to terminate the agreement.

Either the franchisor or franchisee can litigate to bring an agreement to an end. This could be done for a number of different reasons, all of which depend on the facts of each case.

One example might be misleading or deceptive conduct by either party. This method will often be expensive and time consuming, and should be considered after other potential solutions have failed.

The termination of a franchise agreement doesn’t necessarily have to be combative. Your franchisee might have good reasons to terminate the agreement, and these reasons might be acceptable to you. If they initiate the request, you can request an exit payment. This is the compensation for losing out on fees that would otherwise be received. You could also request to buy back the business from the franchisee.

Ultimately, this method of termination is controlled by the parties to the agreement, and cannot be completed without a mutual understanding.

The Consequences Of Terminating A Franchise Agreement

If termination is successful and the franchisee is at fault, you can ask the court to consider ordering damages equal to the sum you would have expected to receive had the franchise agreement ran its course.

You should also consider binding the franchisee to a restraint of trade, or restricting their use of intellectual property, through clauses in the franchise agreement. This would secure your business, and provide an option to take legal action if the franchisee broke a term.

Some potential breaches of the FCC apply to the termination of an agreement. Breaches of some of these provisions will attract a financial penalty of up to $63,000 per breach.

There are multiple ways either you or your franchisee can terminate a franchise agreement. All of them will usually be highly fact specific. Taking a decision to initiate the termination of a franchise agreement is not the step that should be taken lightly, and legal advice prior to taking such a step is recommended.

Placing a clause that allows termination in certain circumstances is a way for franchisors to ensure some certainty if certain conditions are not met. This is not unusual as franchise agreements are typically drafted in favour of the franchisor to protect their interests.

Terminating a franchise agreement is a big step that should always be evaluated beforehand. The facts or context of a given case should be examined by a specialist lawyer before further steps are taken. The FCC is also subject to amendment and change which can affect how your action might play out.

At Sprintlaw, we can help you review and create the initial franchise agreement to entrench better outcomes for your business, as well as assisting in legal advice as to the agreement’s termination. You can reach out to us at team@sprintlaw.com.au or contact us on 1800 730 617 for an obligation-free chat. 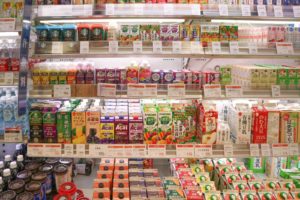