So, you’re looking to hire someone new to join your team. But where do you start and how do you know what to look for in a candidate?

Working out the right questions to ask a potential employee during a job interview is essential. After all, the interview process is often a very useful way to figure out if someone is suited for the job opening you have. Not only is it a good idea to avoid questions that candidates may have prepared and rehearsed, but also those that could offend someone or even lead to you missing out on the best person for the job!

What types of questions should you be asking? A handy way to assess the character of a prospective employee is to get them to demonstrate their initiative and resilience, as well as their willingness and ability to adapt to different situations and challenges. Ask questions about previous experiences in which they’ve had to overcome challenges, as well as situations in which they have had to work in, or lead, a team.

But what kinds of questions are illegal? In Australia, discrimination laws generally mean that it is unlawful to ask questions that reveal information about someone’s personal life that could lead to their discrimination on the basis of some specified attributes. These include, but are not limited, to:

Essentially, it is best to avoid questions that relate to the personal life of a prospective employee that are irrelevant to their ability to perform the job you’re hiring for. Asking these questions can make it appear that the successful candidate will be chosen according to an impermissible and discriminatory factor. Whether intentional or not, this could leave you and your business vulnerable to legal action for workplace discrimination.

In most cases, it is unlawful to ask a candidate how old they are. If they are treated less favourably because they are deemed “too young” or “too old” for a job, it may amount to age discrimination under the Age Discrimination Act 2004 (Cth).

Of course, there are some exceptions to this rule, particularly if a person’s age means that they are unable to perform the inherent requirements of a job.

Joe is 17 years old. He applies for a job at a bar. Because a person must be at least 18 years old to work with alcohol, it would not be discriminatory for Joe to be refused employment because he is too young.

Katie is 15 years old and applies for a job as a delivery driver at her local pizza shop. As Katie is not yet eligible to obtain her driver’s licence, it would not be unlawful for Katie to be refused the job because she is too young to drive.

If you wish to avoid direct questions about age, you could try asking something such as, “This job requires you to hold a valid RSA. Would this be a problem for you?”. Alternatively, you could make a job offer after, or contingent on, the production of documentation such as a valid RSA or driver’s licence. By doing this, you are also protecting your business from claims that you have used identity or other formal documents to calculate the age of a candidate, and subsequently ruled them out on these grounds.

The Disability Discrimination Act 1992 (Cth) makes it unlawful to discriminate against someone based on disability. This covers individuals who have both temporary and permanent physical and/or mental disabilities, physical disfigurement, medical conditions, and work-related injuries. It also protects people with disabilities who may be accompanied by an assistant, interpreter, reader, or assistance animal, as well as those who use equipment and aids.

What does this mean for you? Basically, to avoid instances of unlawful disability discrimination, you should not ask candidates questions about whether they currently have, or previously had, any medical conditions, injuries, or illnesses. In addition to this, don’t ask candidates if they have previously filed for workers’ compensation.

There are some circumstances in which certain questions may be permissible if they directly address an individual’s ability to perform the inherent requirements of the role. For example, you could ask, “Do you have any medical conditions that would mean you are unable to lift heavy items?” or “Is there any reason you may not be able to complete the duties required in this position?”. These questions must be confined to the candidate’s ability to perform the role and related to its subsequent impacts upon their health — going beyond this scope could result in illegal disability discrimination.

Discussions around race and asking a person “Where are you from?” have been thrown into the spotlight this year, especially alongside the global Black Lives Matter movement. Questions around race, national origin, and ethnicity can often be very loaded, personal, and can even make the person you’re asking feel uncomfortable. In the majority of cases, these factors shouldn’t impact upon whether a candidate is able to complete the inherent requirements of a job.

Basing a decision about whether or not to hire a person on this question is illegal under the Racial Discrimination Act 1975 (Cth). In a similar vein, it is unlawful to ask a job applicant if they follow a religious belief and subsequently use their answer to inform your decision.

A handful of exceptions do exist, but are few and far between. For example, some jobs may require a person to have cultural connections with Aboriginal and Torres Strait Islander heritage, or with some religious organisations.

Questions About Relationships And Family

You should avoid questions relating to a candidate’s sex and gender identity, sexual orientation, relationship status, family and carer responsibilities, and whether they are pregnant or might be pregnant. Yep, it’s a long list, but asking applicants questions along these lines can amount to discrimination under the Sex Discrimination Act 1984 (Cth).

Angela has applied for a job at a media agency. During the interview, Angela is asked, “Where do you see yourself in 3 years?”. Angela mentions that she would like to have a child. Although highly qualified for the job, Angela is refused the job because she would need to take maternity leave.

In addition to this, asking questions about a candidate’s relationship or marital status is unlawful, as it is irrelevant to their ability to perform the inherent requirements of a job.

Can you ask a candidate if they use drugs or alcohol?

In most cases, no.

There may, however, be some situations in which the consumption of alcohol or drugs may be relevant to a job. For example, if a candidate is taking medication that may impact their ability to drive or operate machinery as part of the role, asking such a question may be legitimate.

What about if they have a criminal record?

This answer depends on where you are based. Although federal law doesn’t prohibit questions on this issue, the laws vary between states and territories. In this case, we recommend seeking professional legal advice to make sure you know and understand your obligations.

It is becoming increasingly common for businesses to require candidates to undergo a criminal history check before they are offered a job. If this is a practice you choose to adopt, it is important that you understand how to use information obtained properly and lawfully.

Can you ask whether applicants are currently working?

Applicants can’t be refused a job on the grounds that they are already employed, are unemployed, or are receiving benefits.

However, as a business owner, it is crucial to find out when a prospective employee can start the position you are advertising. If they are currently working, they may need to give notice to their existing employer before jumping on board. In this case, you could ask something like, “When are you able to start?”.

Can you ask a prospective employee if they are a member of a union?

Under the Fair Work Act 2009 (Cth), it is unlawful to discriminate against someone based on their membership to, or affiliation with, a trade union. As a result, it is best to avoid questions relating to union activities.

Where To From Here?

We’ve shared with you some illegal questions to ask candidates in a job interview. Time to jump in and find the best person for the job!

From working out the best lawful questions to ask, to drafting employment contracts, Sprintlaw has friendly and experienced lawyers that can help you through the legal processes involved with hiring a new member of your team! 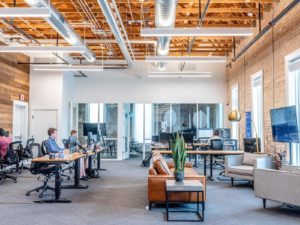 Software Licence Agreements: What Is Included And Why
Posted 19th July, 2022 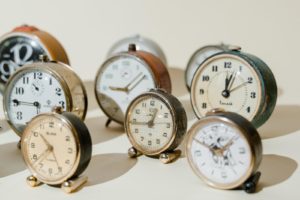 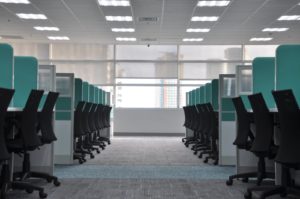 How Does Payment In Lieu Of Notice Work In Australia?
Posted 18th July, 2022